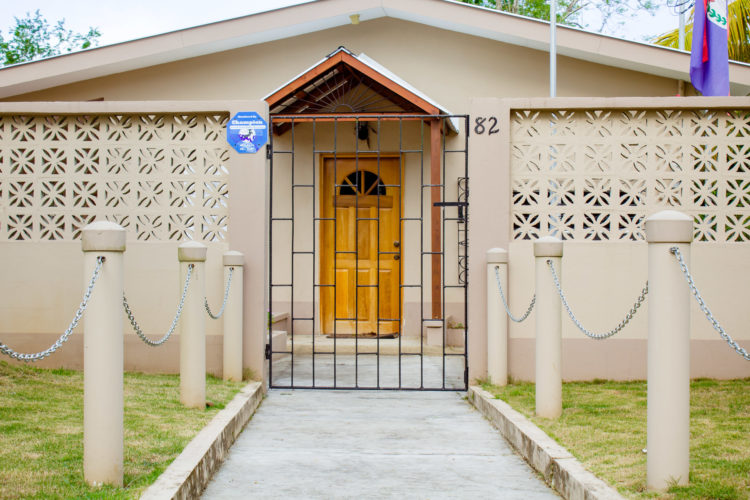 The Goldson House for Democracy and Patriotism was inaugurated on September 28, 2015. It serves as a research and education center, as well as a museum space, dedicated to Philip Stanley Wilberforce Goldson, Belize’s National Hero.

The building was originally acquired by the Government of Belize in 2012 and is under the charge of the Institute for Social & Cultural Research of the National Institute of Culture and History (ISCR-NICH). It was once one of the previous residences of the Hon. Goldson and is located on #82 Orange Street, Belmopan.

The Goldson House is open from Monday to Friday from 9:00 a.m. to 12:00 p.m. and from 1:00 p.m. to 4:00 p.m. However, scheduled tours can be arranged. We invite everyone to take the opportunity to visit the Goldson House. It is designed to expose students and the public at large about the legacy of one of our National Heroes who has contributed to the development of Belize.