Who are the Garinagu? 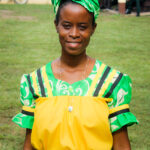 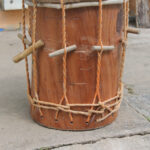 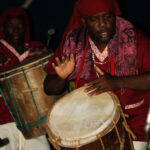 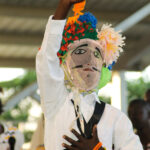 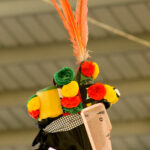 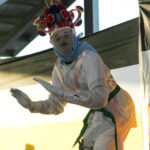 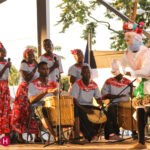 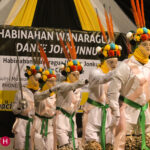 The Garinagu are the descendants of the Arawak and Carib people who came from South America and migrated to the Lesser Antilles which included Guadelupe, St Vincent, Grenada, Trinidad and Tobago from around the 1200 AD onward as well as Africans who ended up living on the island of St Vincent.

The Garinagu or the Black Caribs as they were called are a unique culture.  From their Amerindian ancestors, they inherited their food, technology and language- a combination of female Arawak and male Carib languages that remain somewhat distinct but understood by both sexes. Due to the migratory patterns of the Carib men they usually married into Arawak culture and it is very probable that the mothers transmitted most of their culture unto the children.  From their African ancestry, the Garinagu inherited their music and religion.

The Carib people met French and English settlers in 1625 and relations did not remain friendly.  After 35 years of fighting, the Caribs agreed to be peaceful and return any runaway slaves. In return, they were guaranteed possession of St Vincent and Dominica.

How did Africans end up on St Vincent?  They were shipwrecked off its coast in 1635.  After being initially welcomed by the Caribs, in the end, they gradually supplanted their hosts from their land and took on their culture.

The French and the English were busy fighting their own wars and the Caribs and the Black Caribs were drawn into these conflicts and often used one power against the other. After backing the French against the English; a battle in which Chief Chatoyer died, they were deported to Roatan, Honduras in 1797.  As early as 1802 there were reports of Garinagu in Belize.

However, it wasn’t until 1832 that a small group led by Alejo Beni came to British Honduras/ Belize. The Garinagu had backed the losing side of a civil war in Honduras that started in 1823 and were considered traitors. Beni met with the Superintendent got permission to settle on unihabited southern coastline.

As was typical of colonial policies, socialization/meetings between groups was not encouraged especially as the Garinagu, were to all intents and purposes, a free people among slaves.  The Baymen were fearful of this independent group of Blacks and did their best to build up a distrust of them as ‘Devil worshippers’, ‘baby eaters’ and ‘witch doctors’ among their own slaves and the coloured population.  In fact, in 1811,  the Garinagu needed permits to stay longer than 48 hours in Belize Town.

Despite these racist policies, the Garifuna men were used for labour especially in forest extraction and men and women sold surplus produce in Belize town.

Music and dance are a quintessential feature of Garifuna culture. Songs are an important part of oral history and they recorded the events, values, aspiration of a people. Songs which both men and women are active participants.  Dance beat vary widely and include some which are rapid and polyrhythmic (wanaragua, punta ) and others with moderate tempos in both double meter (gunjai, chumba and paranda) and triple meter (hungu-hungu). Songs can also be sung a capella (without instrument)-these melodies are semi sacred songs and sung by both men and women.

Drummers also have an important role to play: they must anticipate the dancers movement and drum accordingly especially for the chumba, sambai and wanaragua where they need to have a clear view of the dancers’ feet.

Punta: a popular dance performed at festivities of a competitive character among the dancers. Due to the influence of Pen Cayetano, Andy Palacio, Mohobub Flores, and Chico Ramos, to name a few, this dance has become punta rock and is a national favourite.

Hungu-hungu: a dance recalling events from  ancestor celebration to a hard days work.

Paranda: a dance and song accompanied by guitar and drums influenced by Spanish culture.

Sambai: a rapid dance to drums. The samba was a popular African dance performed in mahogany camps in Belize.

Chumba: this dance dramatizes everyday activities accompanied by drums performed one dancer at a time.

Gunjai:  a graceful dance performed by several couples dancing together. Its songs include French words and its dance formation indicates that it most likely originated from the French quadrille in St Vincent.

Wanaragua (mask): The dance is also known as John Canoe and is one of many mask dances of the Garinagu. It used to be performed only around Christmas time and refers to slavery days. The costume includes a fancy headdress, knee rattles, a pink face, and atunic with ribbons.  Because of the costume and dance movement, it suggests that the slave master is being ridiculed.

Pia Manadi: another dance which features masks, is based on the death and resurrection of one of the players. The main characters include the Devil, Doctor and a Patient.

Arumanahi: a song performed by men to express fraternity/bond in the community.

Mali: a dance led by a buyei (priest/ess) which unites the living and ancestors.  The dancers may enter trances symbolizing the ancestors are around.

Food is central to any people’s cultural identity. For the Garinagu, food is important for both the living and the dead.

Root crops such as cassava, yam, sweet potato and plantains/bananas feature heavily in the diet. Seafood is a big part of the diet and includes turtles, shrimp, spiny lobster and land crabs.  Nowadays, you are likely to find the Garinagu’s diet to include flour tortillas, potatoes, fried chicken or tacos.

Cassava – The cassava is native to the Americas and no doubt was introduced by the Arawakan and Carib people. The planting and processing of cassava, especially ereba (cassava bread) is a woman’s activity and its rituals bond them to their ancestors.

Ancestors (gubida) are a big part of Garifuna religion as it reunites the living and the dead.  It is believed that the Garinagu inherited these beliefs (of communicating with the dead) from both their African and Carib ancestors. The intermediary is called buyie– high priest or priestess. A dugu usually takes place after a person believed to have angered an ancestor falls sick. A dugu can last anywhere between 2 to 4 days. Relatives and friends of the sick person are invited to attend and it becomes a family reunion.  The buyei leads the singing  and dancing and through the help of the sacred drums calls the gubida to the gathering.  Although any type of dance may appear at ceremonies, the songs of the Dugu are soulful.  The lyrics are normally dreamed or otherwise given to the owner by ancestral spirits.  Three drums play a simple triple meter to which participants dance hugulendi, a shuffle step to accompany dugu songs.

The gubida  are offered food and rum which is buried or dumped into the sea as it not food for the living.  After the sick person is cured, the dugu is over.

Black: the colour of the skin/struggle of its people

– The Garinagu in the Caribbean Basin Black Caribs., by Gilbert H Hernandez 1998.