Sensationalism in Newspapers: A Look at the Reporter and Amandala in Belize 2010 – 2014 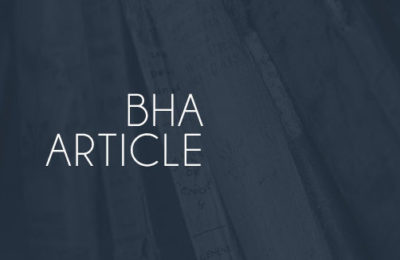 Sensationalism in Newspapers: A Look at the Reporter and Amandala in Belize 2010 – 2014

Belize has been named among the list of the 10 most violent countries in the world. The news media in Belize have been known to use crime stories as headlines in both electronic and print, but there has never been a formal study to determine how prevalent and sensational. This research seeks to address the question  of whether two of Belize’s most-read newspapers, the Reporter andthe Amandala, have more sensational stories in their headlines, and how these stories compare togovernment and other human interest news. A sample of 120 front-page headlines/stories
spanning a five-year period – from January 2010 through December 2014 – were contentanalyzed
to determine the ratio of sensational news to “other” news headlines.

Everyone has at some point in their lives experienced crime in one way or another, either
as a victim or as the friend or family of a victim or perpetrator. We have also been exposed to
news headlines sensationalizing acts of violence, often favoring the victims and condemning the
perpetrators. This is especially true in small communities in developing nations like Belize,
where crime already is rampant and where everyone knows someone who has been affected.

Without a doubt, we live in a world filled with violence (Kirkhorn, 1996). Violent crime
does not just affect its victims and perpetrators; it also disturbs those who are close to both sides.
It affects the society, the community, the culture and way of life, and it touches the country, the
nation, and the world (Kirkhorn, 1996). Additionally, violent crime affects the media who report
on it, and, it does so, from an economic standpoint. The way a story is reported is important for
many news media, especially since many entities thrive on ratings, and sensationalizing stories
plays a role in that attracting an audience (Richardson, 2007).

This holds especially true for developing nations such as Belize, which, just last year,
was listed by the United Nations as number 3 in the top 10 most murderous countries in the
world (Global Status Report on Violence Prevention, 2014). Murder is more widespread in Latin
America (of which Belize is a part), than anywhere else in the world (INCSR, 2015).

The sensationalizing of news is an important topic to discuss, not just as a field of study,
but also as something that extends across borders and something that can shape a society
negatively or positively (Ducat, Thomas, & Blood, 2009). But are there any differences in the
way Belize’s print media report on crime?