On October 19, 2018, the National Institute of Culture and History recognized three outstanding Belizeans as Artist Emeritus. This included Florencio Mes,  Myrna Manzanares and Gerald “Lord” Rhaburn with the title of Artist Emeritus at the Museum of Belize.

A short biography and some of the accomplishments of the awardees were read by Ms. Dana Rhamdas of the National Kriol Council, Mr. Hilario Mes, son of Mr. Florencio Mes and Ms. Karen Vernon, Theatre Director at the Bliss Center for the Performing Arts. Mr. Gerald “Lord” Rhaburn was also surprised by a phone call by fellow Calypsonian and long-time friend, Dr. Linda McArtha Sandy-Lewis, also known as “Calypso Rose”. 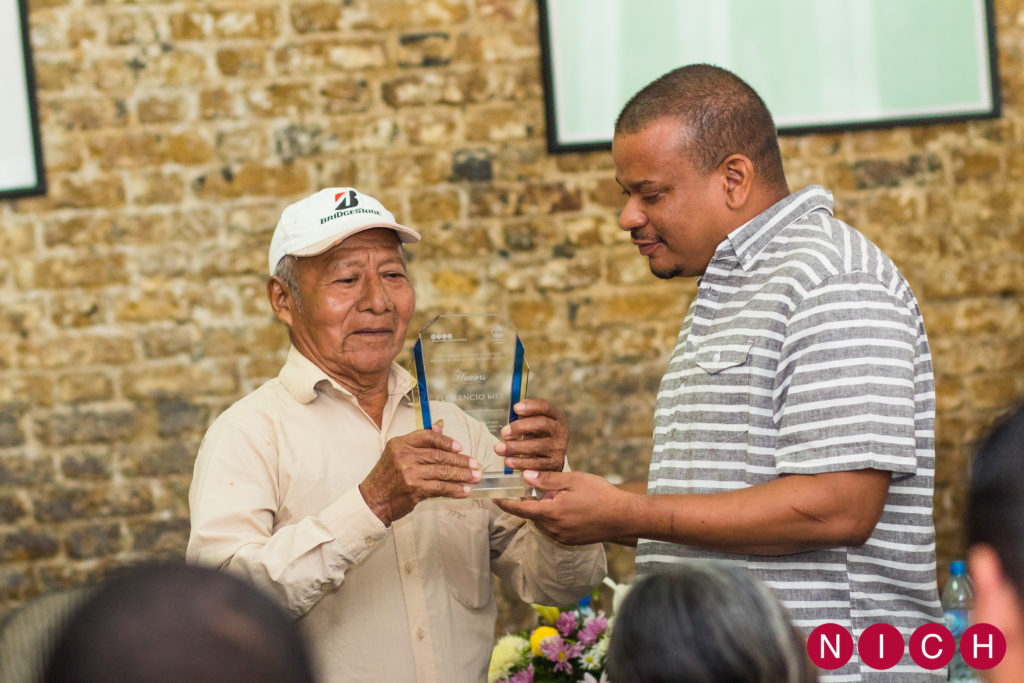 Florencio Mes was born on February 23, 1938 in San Pedro Columbia, Toledo. His unique method of constructing and playing the harp has brought him local and international recognition. Along with his band, Florencio became widely known after playing at numerous village fiestas and special events. He has played at several CARIFESTA events in the Caribbean. He has also performed in Rome, Malaysia, Miami and New Orleans.  His artistic talents are recorded in the album “Maya K’ekchi’ Strings” produced by Stone Tree Records. Florencio Mes is an iconic musician who proudly promotes traditional Maya music and culture.

“I was sixteen years old when I started to learn this music. I learn seventy music in my head, not by book. When I got sixteen years, I saw a man playing the harp and he got his eyes closed and playing but the house was full and a lot of people were dancing. After that I gone ask the old man if he can teach me and he said yes if you want to learn. He said you can come but don’t come and play, come and learn if you want to learn. And up to now, you see where I am now? Who can say or who can think especially right now? They would say they don’t want to hear this kind of music, but that is not the way should be” – Florencio Mes. 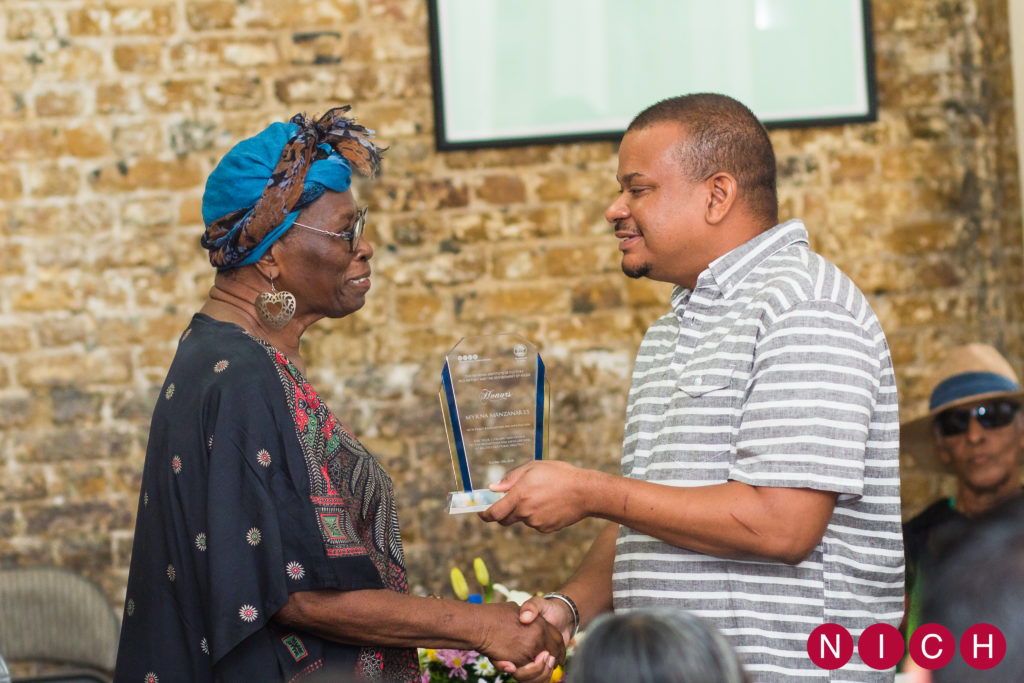 Myrna Manzanares was born on October 30, 1946 in Gales Point Manatee. In the 1986, Myrna Manzanares returned home from the United States upon which she became very actively involved in civil society organizations and learning institutions. She is a past president of the National Kriol Council and is widely known as an international storyteller, educator, poet, dramatist, author, and community clinical counselor.

Her passion to safeguard Belize’s culture has led her to participate in many national and international conferences and events.

She has received many awards including a Woman of Culture Award from the National Institute of Culture and History, the MBE Award and a Meritorious Award for her service to the country of Belize.

“I would really like to say to you that our culture is our heart. Every single culture in this country is our heart. We should never talk about the other culture as they are nothing. My creole culture – unu know how I go when it comes to my Creole culture? Me dah from Malanti and so I have all my African ancestors and the roots and the things that we did, we do it a lot because we were straight from Africa or we ran away. And so it was very important to me, that’s why I came home” – Myrna Manzanares. 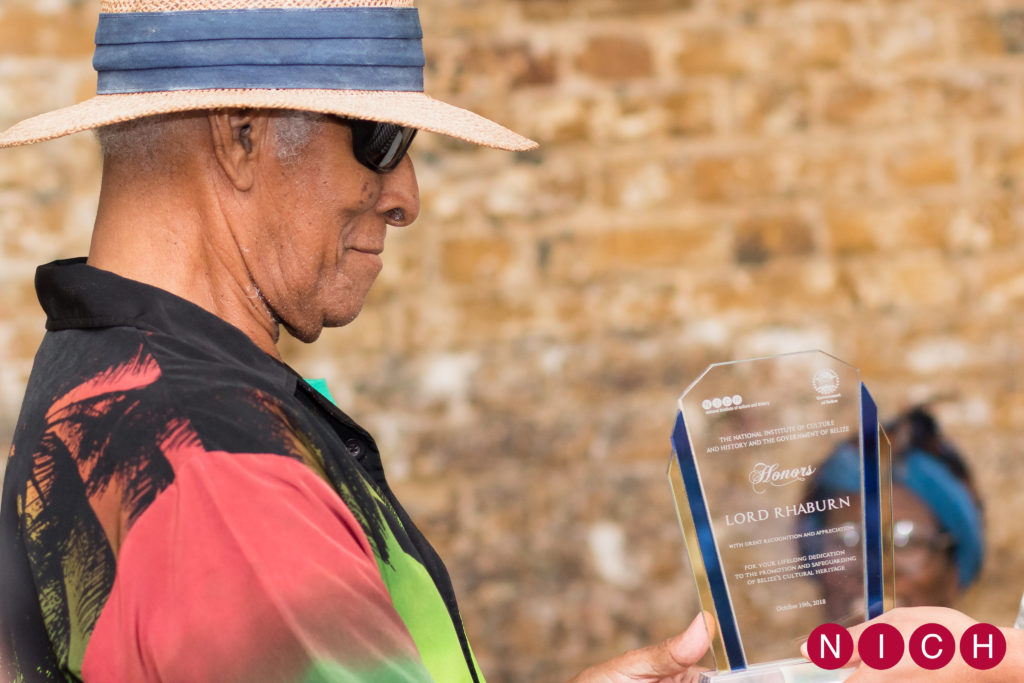 Gerrald “Lord” Rhaburn was born Born March 3, 1936. He is known for his flamboyant Calypso style. In 1959, he established The Lord Rhaburn Combo. They were an international success, performing in the U.S., Cayman Islands, Panama, Mexico, Honduras, and Guatemala. Lord Rhaburn’s repertoire includes brukdong, calypso, soca, reggae and soul. His music reflects the social, political, economic, and cultural life of Belize. In 1981, he wrote “You Bahn Deh” which became an overnight hit for all Belizeans worldwide. Lord Rhaburn has received countless local and international awards and recognitions including the Teen Lifetime Achievement Award in Chicago, 1999; the MBE Award, and was welcomed into the International Reggae and World Music Hall of Fame in 2005. 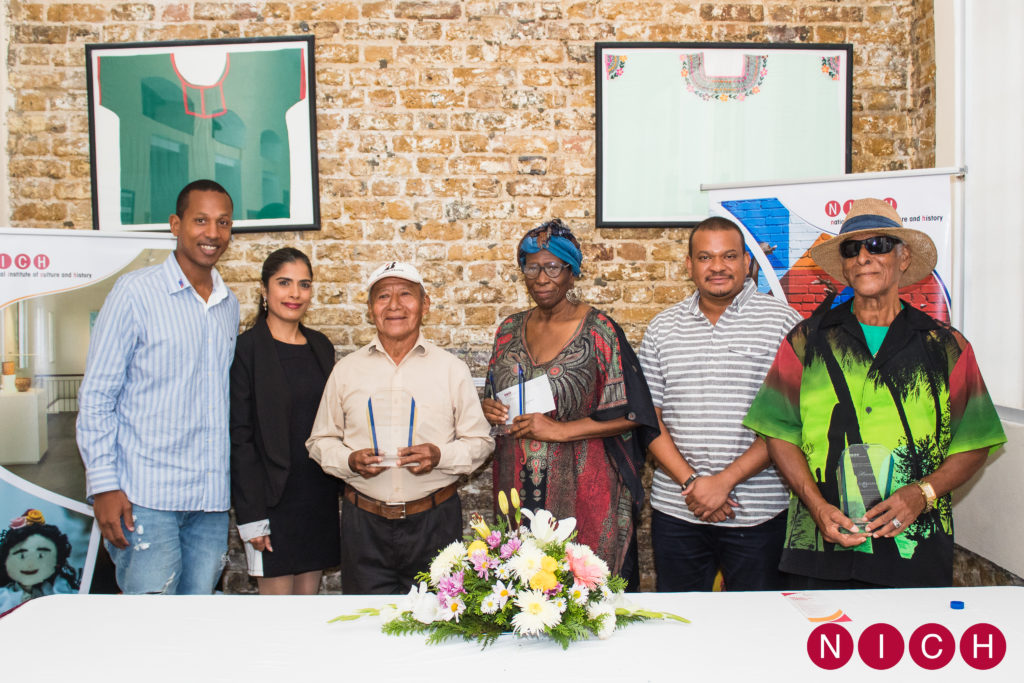 The awards were presented by Deputy Prime Minister Patrick Faber, Minister with the portfolio of Education, Youth, Sports and Culture along with Ms. Sapna Budhrani, President of NICH. 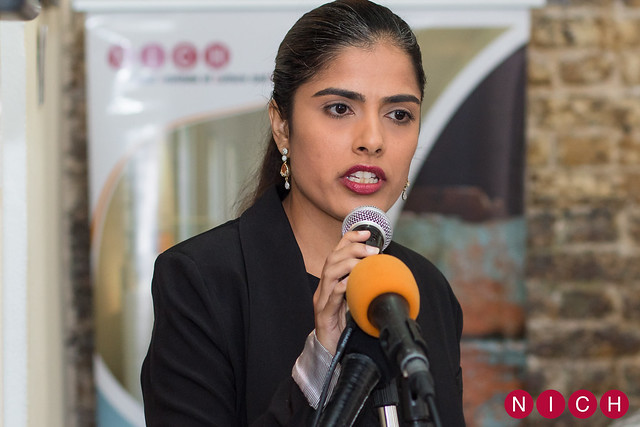